Creating a buzz in Turkey 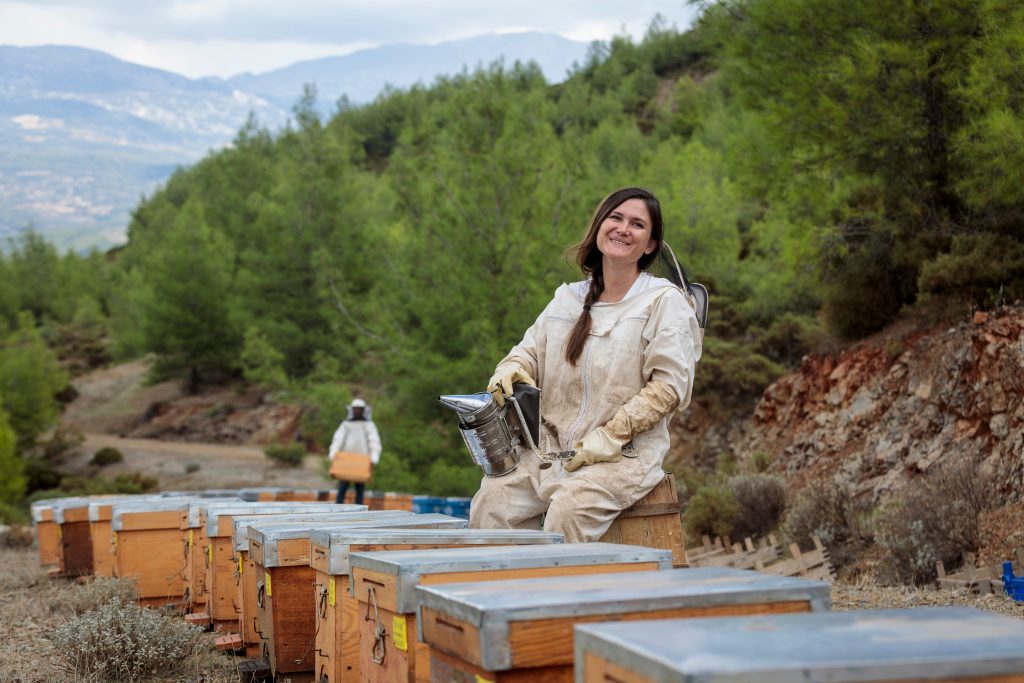 Last month I was in Turkey with the Travel Foundation to take pictures for TUI Care Foundation’s new ‘Flavours from the Fields’ project. The initiative is about linking up small-scale producers with the tourist industry, helping people who make honey and olive oil and many other products get them into hotels and gift shops.

Hence I was on the lookout for beekeepers. 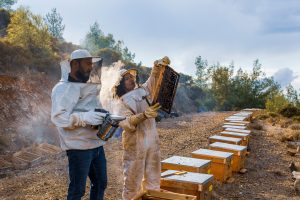 We were heading back down a hill, from which I’d obtained some shots looking over Dalyan, when I spotted some people in overalls. Bees! I thought, so I sprinted across the field to have a word.

That’s when it all started to go wrong. As I was talking to the beekeepers, I got stung, first on the face, and then on the eye. Şemsi, the programme coordinator who was with me, asked if they had any protective clothing, and they obligingly passed over a smock.

Once I’d put it on, I discovered there were two bees inside it. It was also too small. I struggled with it for a bit and then, defeated, ran away across the field. Strange how a couple of bees in the bonnet can suddenly turn a person into Usain Bolt. Once I’d reached the car, I regrouped, calmed down, and wondered if I could give it another shot. I emptied out the smock, and put it back on again, also using some black binliners to protect my legs.

When I got back to the bees, I was surprised to find that they were swarming all over me, somehow managing to sting like crazy. On the ridge, all the beekeepers were just laughing. Apparently black is the worst colour for attracting bees. It was just too painful – I had to sprint off again. Meanwhile Şemsi asked the locals what could be used to relieve the pain. “Nothing,” they replied. 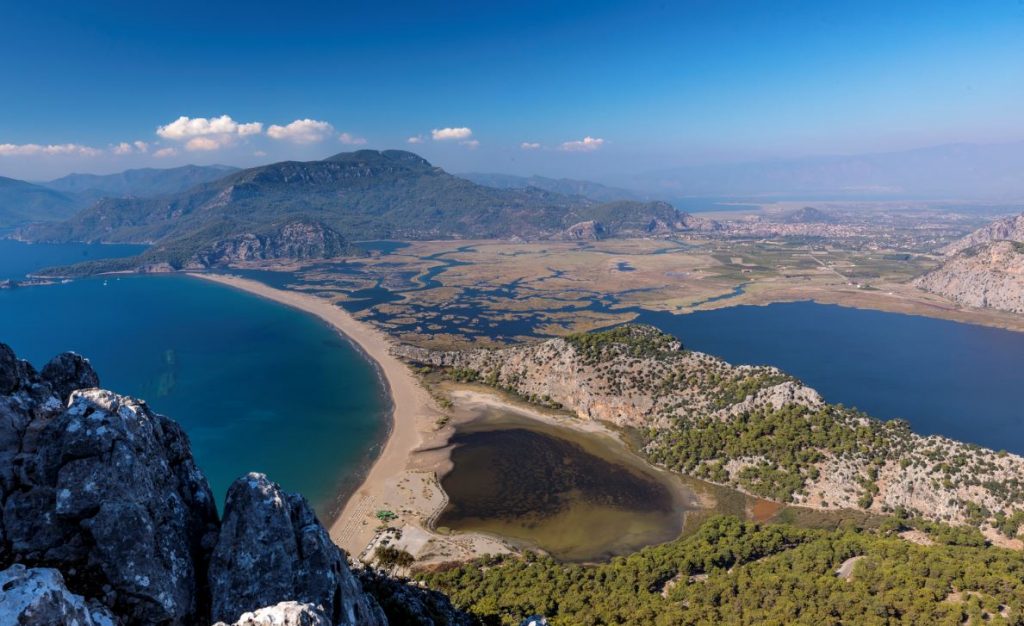 To bee or not to bee

After being beaten by these mountain bees, I was wondering how on earth I’d get the shots of honey production the Travel Foundation needed. Luckily Şemsi took me to meet a lovely bee farmer called Beyza Yavuz, a former Kindergarten teacher who had made a major life change in order to live with the bees, write children’s stories about them, harvest honey and make crafts from the wax. Her bees had as delightful a 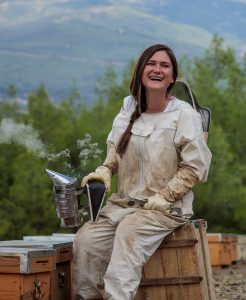 temperament as she did, so much so that I eventually took my smock off, needing no protection this time to get the shots.

Beyza has 25-30 hives, and throughout the year the taste of her honey varies with the local flora. As it was autumn, the bees were collecting from the pine forest below, giving the honey a hint of resin, while in the spring they visited the meadows, creating something more floral.

She is one of the many small producers who are keen to take part in the ‘Flavours from the Fields’ project, to find better livelihood security through establishing links with the tourism supply chain.

The weather wasn’t particularly clement on the day I visited, but just as Beyza lifted up the frame to harvest the honey, the sun emerged – just for that instant – and I caught a lovely shot of the honeycomb. She told me not to worry about getting stung – if you’re not allergic, bee stings are good for you, apparently! 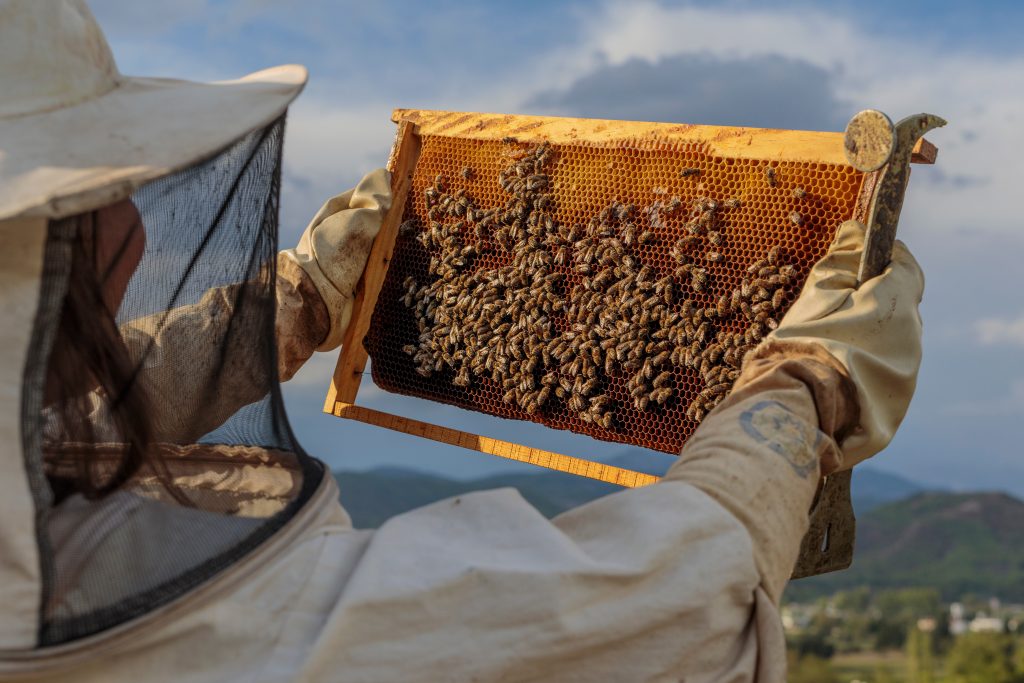